In Indonesia, KKN which stands for Kuliah Kerja Nyata is a program and field work that involves a set integration of students' education, teaching, research, and community service in a pragmatic and broad-dimensional manner using an interdisciplinary, comprehensive, and cross-sectorial approach. There is a particular phenomenon occured regarding to the current emergence of KKN that need to be reported in State Islamic University of Sunan Ampel Surabaya (UINSA).

In our beloved university, UINSA.  KKN is usually carried out or held in the middle of the year for students who are already in 6 semesters or more which is announced in beginning of April. The announcement includes additional details, such as the date of registration for KKN. Furthermore, KKN is about to be held on 16 July 2021. At first, KKN will be conducted real-life (offline) in particular places such as Ngawi, Madiun, Magetan, Bojonegoro, Banyuwangi, Tuban, Nganjuk, and Lumajang. However, this program was inviting many pros-cons, especially when the number of Corona virus’s victims in Indonesia began to rise. Some students are concerned and complained about KKN that will be held offline. Moreover, there was a late announcement related to the certainty of the technical impementation and students’ group division that has been filled out for about more than 2 months ago. In addition, there is no clear certainty that KKN will still be held offline or online since there are many students who disagree about offline KKN. What is happening? Why is it taking forever to share the information? Do they do not have enough meetings yet? Anyways, the most reason why KKN offline would never be make sense is because there is no any subsidy for students who needed from UIN Sunan Ampel Surabaya. Why do they conduct KKN in the middle of pandemic while they are refuse to give any subsidy for students? Let’s say that KKN is our own responsibility, we take it or leave it. Thus, where is the role of UIN Sunan Ampel as the main facilitator for young generation like us?

Another conflict happened when one of the students criticize the existence of SEMA UIN Sunan Ampel Surabaya as the representative of students in UIN Sunan Ampel Surabaya. Dwi Arianto said in Telegram group of “KKN 2021” that it would be better if Senat Mahasiswa or as known as SEMA to have a quick real move in giving any information related to KKN. In your opinion, why does the man who is no one was bravely to speak about them? That’s kind of cool actually. Fortunately, it doesn’t take a long time for SEMA to respond that kind of criticism. On 1 July 2021, SEMA (Senat Mahasiswa) UIN Sunan Ampel Surabaya was distributing form to accommodate students’ aspiration. But, is it considered as quick response or even the opposite? Since they moved when everyone was just paying attention.

The most possible solution that can be applied to reduce covid cases among students is by conducting KKN in virtual ways. However, do you guys sure that KKN online will really help us to take and give an insight in every inch of activities? Of course, it’s all depend on ourself, “what do we want us to be?” Other than that, the existence of SEMA would be really helpful to accommodate the students’ perceptions. 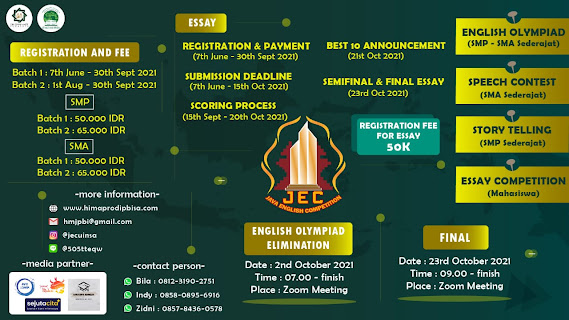